Europe should adopt an ambitious solution for a fair copyright 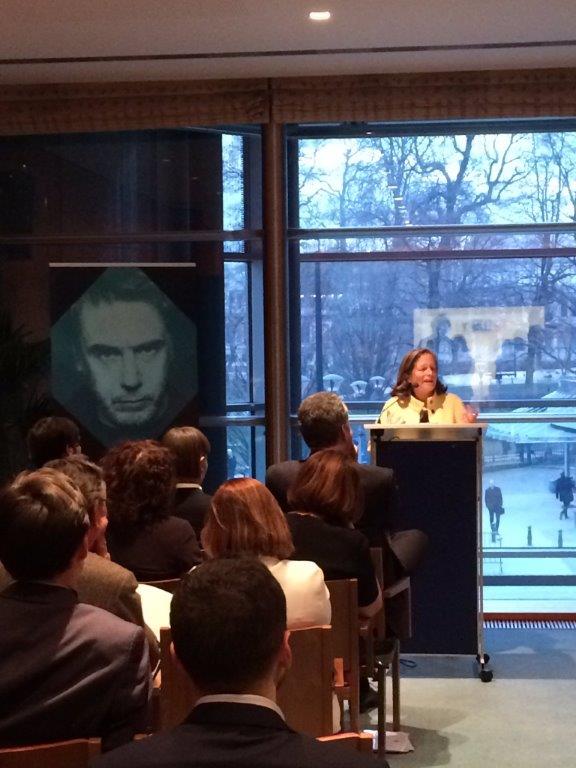 – World-renowned electronic music composer and performer Jean-Michel Jarre led a delegation of authors(*) in Brussels today to call for support by members of the European Parliament to bring fairness for authors in the digital world.

Jarre and the delegation from 5 different Member States presented a petition signed by more than 14.000 authors and composers from across the EU. The petition calls for an end to the “transfer of value” that is benefiting certain major digital platforms at the expense of creators.

Jarre was speaking as President of CISAC (the International Confederation of Societies of Authors and Composers) which is the voice globally of over 4 million creators of music, cinema, visual arts, theatre and literature. The delegation was jointly coordinated by GESAC, which represents one million authors from all sectors in Europe.

The authors expressed their full support for the European Commission’s proposed Copyright Directive, currently pending before the Parliament, and urged the JURI Committee of the European Parliament to stick firm on a real and meaningful solution on transfer of value, and not to deviate from this line.

The group also thanked a growing number of Member States in the Council, including France, which are committed to effectively addressing the “transfer of value” or “value gap” in the proposed Copyright Directive that is currently under discussion in the European Parliament.

Jean-Michel Jarre said: “Celebrating and promoting creativity has always been a part of Europe’s DNA. But today, in Europe and worldwide, creators are seeing the value of their work being unfairly extracted by digital platforms. The world is now watching the EU. It is for Europe to prove that it remains the champion of culture. We need a 21st century copyright framework for a 21st century digital market – one that allows future generations of creators to be fairly remunerated and be able to make a living from their work.”

The music sector and other creative sectors are growing fast and generating vast revenues, but these revenues are not fairly returned to the creators. Instead they are being siphoned off by large global digital services – notably user upload platforms such as YouTube – which refuse to share their vast revenues with those who created the content uploaded to their services.

The creators’ petition asks EU policy makers to fix this transfer of value in the proposed copyright legislation.

EP Pervenche Berès, co-chair of the Cultural and Creative Industry Intergroup (CCI) said: “Europe should adopt an ambitious solution to stop this totally unfair situation of free riders in the market and ensure a strong and sustainable ecosystem. Creators’ engagement by our side is extremely valuable for us and for the cause we defend because the stakes are high and because some MEPs in this house do unfortunately listen to and believe these giants.”

MEP Christian Ehler, co-chair of the CCI said: “Europe has an historical opportunity today to address the issue, which is about the future of cultural and creative industries and also about the digital single market at large. It’s about European economy and growth. It’s also about culture which is what keeps us together. This is a decisive period, where the EU has a chance to put forward a meaningful solution.”

Crispin Hunt, British composer, songwriter, singer and producer, Chair of BASCA and a Board Director of PRS for Music.